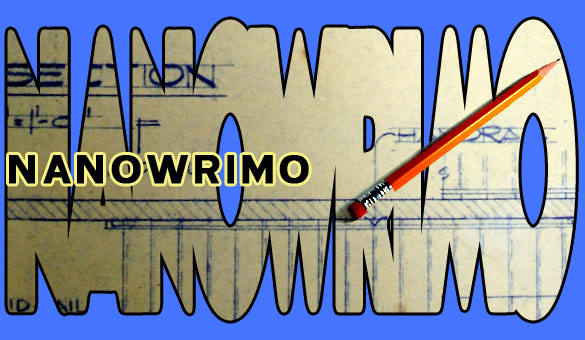 As another National Novel Writing Month (NANOWRIMO) comes to a close, I thought I’d share a few thoughts about the world’s largest creative writing project. First of all, congratulations to those who completed their project this month. You’ve done something I cannot do–write with abandon. And for those who didn’t complete the 50,000 words in 30 days, remember there’s always next year and there is nothing keeping you from finishing the novel you’ve already started this year.

I’ve never participated in NANOWRIMO. Now, here’s a bit of honesty: I’m not much a fan either. I think it’s great people are writing, but I have a problem with some of the misconceptions and arrogance that tend to follow. “I’m writing a book too,” someone tells me every November. “In fact,” they say, “I’ve written several. How many have you written?” I have to wonder, what these people writing for?

Imagine if you will a man has built his own do-it-yourself shed. He’s done a great job, every nail is in place, the door swings freely, and the building stands. The man finds out a regional architect is giving a talk at the university and attends. After the talk, the man approaches the architect and says “I’m an architect.  I’ve got a building here in town. Maybe sometime you and I can collaborate on a project.” It’s absurd, isn’t it? And yet, writers have to deal with it frequently.

Now there’s nothing wrong with NANOWRIMO. If that’s what encourages a potential writer to start writing, I’m all for it. But there are a few things that are important to know before you start promoting your book.

It may sound like I’m talking down on NANOWRIMO; that’s not my intention. What I hope to impart with this post is a sense that writing can lead to a wonderful and amazing life, much more significant than that one-month stand some brag about. Don’t allow the congratulations to stop you from reaching further. Don’t let the rules tell you you’ve got to stop on the last day of the month. Keep going. Keep striving. Keep writing.

0 comments on “The Architect & The Writer” Add yours →